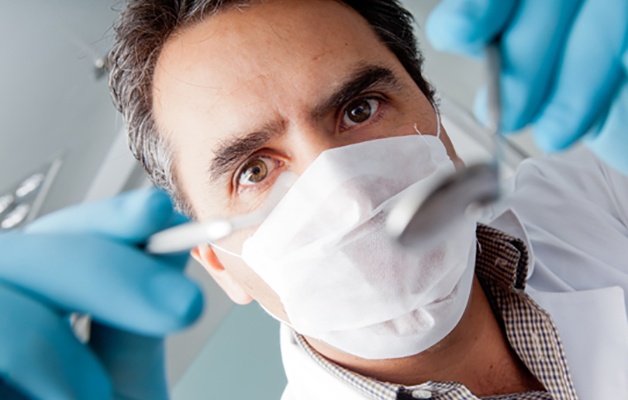 There are plenty of really interesting things you can and should learn about your teeth, gums, tongue, and the rest of your mouth, all of which can help you strengthen your determination to maintain excellent oral health habits for life.

Beyond interesting facts, we’re calling out some of the most extreme oral health trivia in this list to give you a true taste of just what is going on inside your mouth and test your knowledge of the complexities of your dental biology.

Over the course of your lifetime, your salivary glands will produce around 25,000 quarts (or 6,250 gallons) of saliva. While that’s barely going to coat the floor of an official olympic swimming pool, it would comfortably fill a backyard neighborhood pool (18 foot diameter, 4 foot depth.)

Let that “sink” in for a moment.

Of course, saliva plays an extremely important role in maintaining your oral health, as well as serving as the first stage in digestion. It constantly cleanses your mouth of harmful bacteria, helps lubricate the tissues of the mouth and throat, and helps bring out the flavor of dry foods. Even more importantly, if saliva’s gentle alkaline composition wasn’t always there to balance your mouth’s pH level, the highly acidic byproducts of those bacteria would do a number on your teeth!

The origins of mouthwash

The fact that mankind has been rinsing out his mouth for over 2,000 years to promote fresh breath and oral hygiene should tell you mouthwash works. But, a glimpse into the history of this oral health trend goes to show how much trial and error have gone into its development.

For example, the Romans were so enthused about a particular mouthwash, Emperor Nero felt the need to tax its import. And what was this famous and popular breath freshener?

The use of urine as an ingredient in mouthwash lasted well into the 18th century! That’s because the ammonia in urine is effective as both a disinfectant and a natural teeth whitener.

Other mouthwash alternatives over the years included:

Your favorite mouthwash wasn’t originally a mouthwash at all

"Saliva plays an extremely important role in maintaining your oral health, as well as serving as the first stage in digestion. It constantly cleanses your mouth of harmful bacteria..."

One of the most popular and enduring mouthwash brands available, Listerine, was originally invented as a surgical antiseptic. Even after it began being marketed as an oral rinse in 1914, the product didn’t catch on in the United States.

In fact, Listerine mouthwash was on the market for nearly 10 years before Lambert Pharmaceutical introduced an ad campaign proclaiming the potentially relationship-ending horror of chronic halitosis (bad breath).

According to the New York Times best selling book, Freakonomics, “Listerine's new ads featured forlorn young women and men, eager for marriage but turned off by their mate's rotten breath. "Can I be happy with him in spite of that?" one maiden asked herself. Until that time, bad breath was not conventionally considered such a catastrophe. But Listerine changed that. As the advertising scholar James B. Twitchell writes, ‘Listerine did not make mouthwash as much as it made halitosis.’ In just seven years, the company's revenues rose from $115,000 to more than $8 million.”

A look inside the bacteria breeding ground

The sheer volume of bacteria in your mouth is mind boggling, but it’s actually quite fascinating too. Your mouth is actually a wonderfully balanced and self-sustaining miniature ecosystem filled with millions of organisms working in concert in symbiotic harmony. These “good” bacteria aid in digestion and are a key element of the immune system. In fact, there’s safety in numbers: when dangerous bacteria or germs get into your mouth, most of them never make it any further into your body because these armies of mouth bacteria overwhelm the intruders and prevent them from thriving.

However, everyone’s bacteria is a little bit different, and it’s also very particular to the mouth and the mouth alone. That’s why when we get a dose of someone else’s microbes (over 80 million microbes from a kiss) or when our own “good” bacteria make it into other parts of our body, they can make us sick.

The range of dental concerns is vast

In all likelihood, your very worst oral health issue has already been seen by seasoned dentists in their careers. However, the goal is always to avoid a serious dental issue before it occurs. To sleep soundly at night knowing you're keeping your mouth as healthy as possible, practice the oral health basics: brush and floss your teeth every day and visit your dentist at least twice a year.

If funds for professional care are limited, look into savings options like discount dental plans. Whatever you do, remember this list as a great reminder to not neglect your oral health!