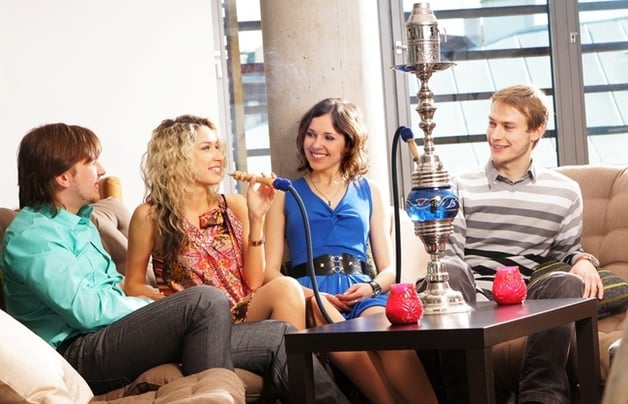 According to the U.S. Centers for Disease Control and Prevention, people in Persia and India have smoked hookah for centuries, and now it's gaining popularity once again among younger U.S. crowds. In fact, with millennials as the main consumer base, hookah bars and lounges - locales dedicated solely to hookah smoking - are commonly found in college towns, according to the Boston Globe.

Unfortunately, those partial to hookah often mistake it for a safer form of smoking. The truth is, any form of tobacco carries dangers, especially for your oral health. Learn more about hookah and your smile:

There's no safe version of tobacco
Contrary to popular belief, individuals who opt for hookah over cigarettes aren't escaping the deadly grasp of nicotine. Shisha, a form of tobacco commonly used in hookah lounges, still contains this addictive ingredient.

A study published in the journal Cancer Epidemiology, Biomarkers & Prevention analyzed urine samples from 55 participants after one night at the hookah lounge. Researchers found that after their evening of fun, the individuals had 73 times more nicotine in their systems than before smoking. Dr. Gideon St. Helen, one of the study authors, noted that the amount of nicotine in the body after a single session at a hookah bar is akin to that after smoking a cigarette, according to the American Association for Cancer Research.

Just as the composition of shisha and regular tobacco are similar, so are the dental health consequences of smoking them. Nicotine wreaks all sorts of havoc on your gums, including reducing blood flow and increasing inflammation. In fact, according to Registered Dental Hygienist magazine, people who smoke hookah are five times more likely to develop periodontal disease than those who don't. Beyond causing pain, if left untreated, gum disease can lead to anything from tooth loss to serious infection.

The dangers of sugar
One of the lures of hookah lounges is the sweet taste of shisha, as the tobacco is typically mixed with fruit or molasses. These additives are heavy in sugar, which can have detrimental effects on your teeth. When you consume sugar, it reacts with plaque, a film of bacteria that constantly grows on your teeth. According to Colgate, this reaction leads to acid formation, which eats away at the enamel - the protective covering on your teeth. Eventually, this can lead to cavities.

"Each time sugar touches your teeth, you destroy the enamel."

Every second matters
The Cancer Epidemiology, Biomarkers & Prevention journal study also found that participants smoked for an average of 74 minutes at a time. It makes sense; hookah bars are often designed with lounging and socializing in mind, welcoming customers to stay for hours on end. This is problematic because the length of time you expose your mouth to hookah smoke correlates with the damage it causes.

The added sugar and extended time period makes smoking hookah comparable to sipping on coffee throughout the day or sucking on hard candy - practices dentists generally recommend avoiding. Each time sugar touches your teeth, you allow the substance to destroy enamel. Doing this continuously with each puff of smoke may further increase your risk for cavities.

Sharing isn't always caring
Unless the hookah lounge provides patrons with disposable mouthpieces, you may be swapping more than stories as you pass the hose around the table. The CDC noted that infections can easily pass from smoker to smoker by sharing the hookah's mouthpiece.

While this raises obvious red flags during cold and flu season, your oral health may also be at risk. Streptococcus mutans bacteria causes cavities, and it can spread by sharing things like utensils and cups. Dr. Edward Wilson, a New York City dentist, explained to Everyday Health that adults, with their more developed immune systems, aren't as likely as children to pick up this bacteria. However, the risk still exists. So next time you're smoking hookah with friends, consider asking when they last visited the dentist.

Are you worried about how your smoking habits have affected your oral well-being? Schedule an appointment with a dentist today using a dental discount card. With discounts from 20-50 percent, you'll experience massive cost savings and exceptional care.