What are ultraviolet toothbrush sanitizers? 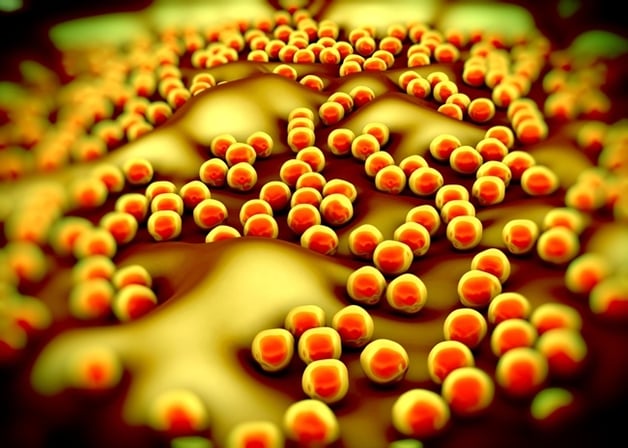 The American Dental Association (ADA) recommended people brush their teeth twice a day for two minutes at a time. While this dental health technique removes cavity-causing bacteria, it also allows for a lot of germs to collect on your toothbrush - especially if you store it in the bathroom.

According to a 2012 study by researchers at the University of Manchester, the average toothbrush is home to about 10 million bacteria. As if the sheer number of germs wasn't bad enough, the study also found that E. coli and staphylococci are among those microorganisms.

The rinse-and-air-dry technique has been the go-to strategy for post-brushing sanitation. However, with new information about toothbrushes and oral health constantly surfacing, folks are increasingly turning to more advanced methods, including ultraviolet (UV) toothbrush sanitizers.

"E. coli and staphylococci are among the microorganisms on your toothbrush."

How do they work?
UV light operates by damaging the the cells' DNA, effectively "killing" them. Scientific American highlighted an explanation from Anne Rammelsberg, a Millikin University chemistry professor. She noted UV light targets the DNA base molecule thymine. When the thymine molecules are damaged beyond repair, the overall cell function becomes disrupted. As a result, these germs die and can no longer cause harm.

Are they effective at cleaning the toothbrush?
A study published in the American Journal of Dentistry evaluated how capable UV toothbrush sanitizers were at eliminating microorganisms. Researchers found that the device reduced bacteria by 86 percent, which was more effective than simply rinsing the toothbrush and allowing it to air dry. That being said, the UV light did not kill off all bacteria, though no other toothbrush cleaning process has been shown to do that either.

Should I get a UV toothbrush sanitizer?
Dental health experts have noted that an especially clean toothbrush doesn't necessarily benefit your oral health. However, some people are concerned by the idea that they may be putting E.coli in their mouths, so UV toothbrush sanitizers at least offer peace of mind. Plus, with multiple slots for toothbrushes, everyone in your home can experience the cleaning power of these devices, making it an asset to your family dental plan.

While the ADA does not include UV toothbrush sanitizers as one of its recommended cleaning methods, it does mention that other popular methods such as microwaving the toothbrush or putting it in the dishwasher may damage the tool. UV devices, on the other hand, do not change the toothbrush physically and would not hinder its function.

Note that even if you do opt for a UV toothbrush sanitizer, you still need to change your toothbrush every three to four months as the ADA recommended. Frequently using it can dislodge or fray bristles, making the toothbrush ineffective.