E-cigarettes and Oral Health - The Truth Behind the Vapor 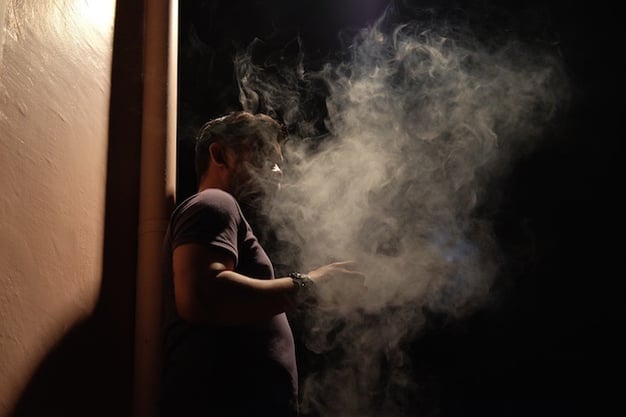 When the modern e-cigarette hit the market in 2003, many people saw it as a revolutionary “healthier alternative” to standard cigarettes, which have been linked to cancer, emphysema, and premature death (among numerous other health problems) for decades, but which still sold in the billions every year worldwide.

Since e-cigarettes create a vapor out of liquid nicotine (as opposed to the smoke from burning tobacco) smokers who inhale the vapor aren’t exposed to many of the harmful chemicals that are byproducts of the burning process, such as carbon monoxide and tar. That, combined with the far less obtrusive mist, which is usually odorless and dissipates quickly in the air, seemed to make e-cigarettes an excellent way to give smokers the nicotine they craved without harming them or others.

But, as it’s turned out, it’s not quite that simple.

A report published in Oncotarget sought to fill the gap in authoritative studies regarding the impact of smoking e-cigarettes (aka “vaping”) on the smoker’s oral health. It is well known that traditional smoking is very bad for oral health because it can cause serious damage ranging from cosmetic (unsightly nicotine stains on the teeth) to life-threatening (an increased risk of mouth and throat cancer.) But, because it’s still relatively new to modern society, little is understood at this point about the long-term effects of vaping.

"The study’s results proved that the chemicals present in e-cigarette vapor — while not as egregiously poisonous, or in the same concentrations as found in tobacco smoke — were still sufficiently harmful to the cells making up the gums and inside of the mouth."

The study’s results proved that the chemicals present in e-cigarette vapor — while not as egregiously poisonous, or in the same concentrations as found in tobacco smoke — were still sufficiently harmful to the cells making up the gums and inside of the mouth, causing researchers to conclude, “our data suggest the pathogenic role of [e-cigarette vapor] in cells and tissues of the oral cavity, leading to compromised periodontal health."

They further stated, “when the vapors from an e-cigarette are burned, it causes cells to release inflammatory proteins, which in turn aggravate stress within cells, resulting in damage that could lead to various oral diseases.”

To arrive at these conclusions, volunteers were exposed to e-cigarette vapor periodically over three days and the epithelial (skin) cells from inside the mouth were inspected microscopically routinely throughout the experiment. While healthy epithelials in the mouth are routinely damaged or die at a rate of about 2 percent per day, the study authors noted that “with exposure to e-cigarette vapor, the number of dead or dying cells rose to 18 percent, 40 percent, and 53 percent over 1, 2, and 3 days, respectively.”

This kind of highly accelerated cell damage and death is indicative of oncoming periodontal disease, potentially including mouth and throat cancer, leading the study authors to conclude that vapor is just as dangerous to a user’s oral health as smoking traditional cigarettes.

Are you harming your oral health by smoking or vaping?

If your answer is yes, there’s no better time than right now to quit both of these harmful habits. Studies have proven that the human body does an incredible job restoring itself to a healthy condition when negative stimuli like tobacco smoke or nicotine vapors are removed from the equation.

Even if you haven’t yet experienced any adverse reaction that you’re aware of, it’s a good idea to have a dental professional perform a thorough cleaning and examination to ensure there are no signs of oral health concerns lurking in your future as a result of smoking or vaping.

While you’ll no doubt save yourself a significant amount of money by quitting smoking or vaping, you can save money on your dental visit by using a dental discount card and making smart choices in which provider you visit, so don’t let cost hold you back from getting everything checked out and restoring your oral health to its healthy condition.