Flossing - Vital to Oral Hygiene or a Waste of Time?

For well over a century, the act of cleaning between your teeth with some type of thin string or thread has been commonly recommended by dentists. Flossing is always right up there with daily toothbrushing and regular visits to the dentist in the “top 3” list of oral health habits, but is this just tradition? Do the modern conclusions of dental professionals agree that flossing is still important?

The sowing of doubts

Earlier this year, the Associated Press released a story based on the newly released dietary guidelines issued by the U.S. Departments of Agriculture and Health and Human Services, which has historically included daily flossing in its recommendations, but which quietly removed that recommendation in this latest publication.

According to the news stories generated, “officials had never researched the effectiveness of regular flossing, as required, before cajoling Americans to do it.”

Quickly responding to this minor scandal, the American Academy of Periodontology acknowledged that most of the current evidence fell short because researchers had not studied enough participants for a significant amount of time.

What the studies actually show

So, with this topic coming to light, what do the clinical studies actually show?

Twelve controlled trials published in The Cochrane Database of Systematic Reviews in 2011 found little evidence linking flossing with a reduction in plaque buildup after one to three months. The same research found no statistical connection between flossing, brushing, and cavity prevention.

Brushing with fluoride toothpaste has proven to reduce cavities, with fluoride doing the heavy lifting. That’s easily proven by the dramatic drop in dental caries in areas where municipal water is routinely fluoridated compared to where it is not.

So, does this mean a practice traditionally recommended as healthy - even necessary - seems to have little or no scientific backing? What do the professionals think, and what is their current recommendation? 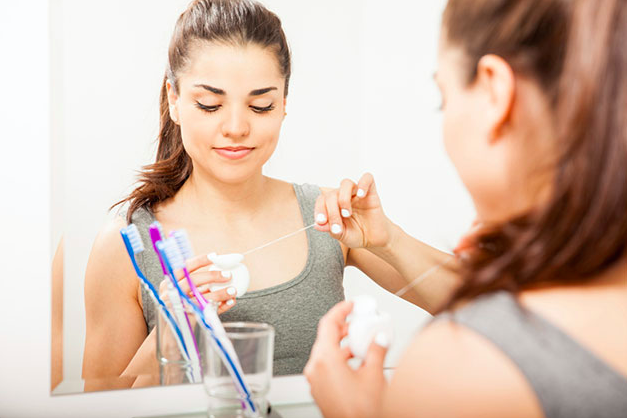 The reaping of rewards

"Twelve controlled trials published in The Cochrane Database of Systematic Reviews in 2011 found little evidence linking flossing with a reduction in plaque buildup after one to three months."

Just days after the Associated Press report made headlines, the American Dental Association (ADA) published a press release that stated, in part:

“According to the American Dental Association (ADA), interdental cleaners such as floss are an essential part of taking care of your teeth and gums. Cleaning between teeth removes plaque that can lead to cavities or gum disease from the areas where a toothbrush can’t reach. Interdental cleaning is proven to help remove debris between teeth that can contribute to plaque buildup.”

The American Dental Hygienists’ Association (ADHA) also chimed in stating, “ADHA does support flossing with proper technique as instructed by your dental hygienist among other interdental implements being beneficial to removing bacteria, biofilm, and food debris from interproximal areas that toothbrushing cannot access."

In addition, feedback from practicing dentists and hygienists who were interviewed on the topic provided support for regular, ongoing flossing.

So what’s the bottom line?

It’s simple: Regardless of the fact that clinical studies have not established comprehensively that flossing (or any sort of interdental cleaning) can be directly linked to healthier teeth and gums, it’s certainly not going to harm your oral health, and can only help.

It’s also important to note that many dentists’ anecdotal evidence points toward interdental cleaning being beneficial, both in preventing dental caries and improving gum health.

Finally, it’s highly likely that official clinical studies will eventually provide the necessary backup for all the anecdotal evidence that’s kept flossing in the “top 3” oral hygiene habits for so long already.

Looking for more tips to improve your oral health? Find out how to achieve a better oral health report with 4 tips and what you need to know about dental insurance alternatives to save on dental care.

Are you an employee without dental insurance? Find out how you can still afford dental care in our employee dental savings guide.