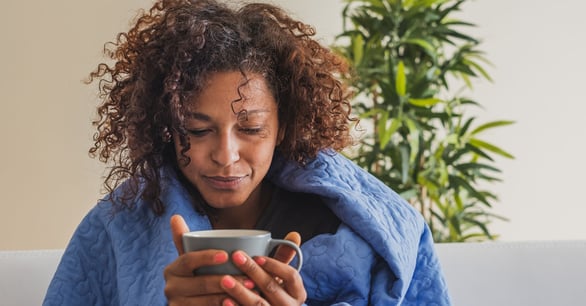 In a separate article, we dove into the subject of vitamin deficiency and how it can make you feel:

Many people are surprised to learn that one of the main reasons these sorts of odd, hard-to-pin-down symptoms occur is vitamin deficiency. If a deficiency becomes extreme or lasts for too long, it can result in even more serious complications. In some cases, vitamin deficiency is itself a symptom — a sign that your body isn’t absorbing or utilizing certain nutrients as it should. But more often, it means you need to improve your diet.

We covered most of the essential vitamins in the previous article, including what it feels like to experience a deficiency, and what you can do to turn it around. In this article, we’re focusing specifically on the Vitamin B Complex, an important family of eight different vitamins that are essential to the human body.

There are currently eight different vitamins that make up what we call the Vitamin B-complex. Each one has its own unique role in the body, but they often work together and are also often found together in the same food sources, which is why they are lumped together under this name.

While they all serve their own unique functions, nearly all the work of this family of compounds comes down to maintaining healthy cells, converting food into energy, and facilitating interactions between cells. In many cases, these vitamins form vital links in a long and complex series of chain reactions required for optimal body function.

Deficiencies of most of the B vitamins are exceedingly rare in the United States because they are readily available in many foods commonly consumed across the country. Severe deficiencies are usually the result of significant malnutrition or other conditions that impact the body’s ability to absorb certain nutrients.

Thiamin helps break down carbohydrate molecules (sugar) so your cells can use the energy from your food. It’s also used by the endocrine system to synthesize certain hormones, and in the creation of some neurotransmitters.

Without sufficient thiamin, you may experience tingling or numbness in your extremities, poor reflex control, and reduced appetite. If it goes on too long, you may also experience confusion, memory problems, unhealthy weight loss, and even heart problems.

Riboflavin also contributes to energy production by helping break down fats. It also helps metabolize drugs so your body can benefit from them, and serves as a chemical converter for other essential vitamins.

Without enough riboflavin, you’ll probably notice redness and irritation around the eyes, swollen and cracked lips, and sores at the corner of the mouth. Other skin disorders may follow, as well as unexplained hair loss. Severe deficiency can result in anemia or the development of cataracts.

Riboflavin is found naturally in liver, oatmeal, mushrooms, and almonds, but some of the best sources are dairy products like milk and yogurt. Since there are not a lot of natural plant-based sources of riboflavin, vegans are encouraged to use a Vitamin B2 supplement.

When you take in niacin, your body converts it to a coenzyme called nicotinamide adenine dinucleotide (NAD). In this form, it’s an integral part of over 400 different enzyme reactions throughout the body. Most notably, it contributes to the breakdown of carbohydrates, fats, and proteins, facilitates communication between cells, and the formation of DNA molecules.

Without enough niacin, you can develop a serious condition called pellagra. This can cause a severe, scaly rash where your skin is exposed to sunlight, vomiting and diarrhea, fatigue, disorientation, and memory loss. It can eventually even lead to death.

Fortunately, it’s difficult to develop a niacin deficiency these days. Not only is it readily available in foods most of us eat daily, but the body can also convert another common compound — tryptophan, found in protein-rich foods — into niacin as needed. Natural sources of niacin include all meat, fish, and poultry, as well as legumes, nuts, and some grains. Niacin-fortified cereal products are also very common.

Vitamin B5, more often referred to as pantothenic acid, is carried throughout the body by red blood cells. Like most of the B vitamins, it’s instrumental in metabolism, converting food into energy, and other internal cellular functions.

It’s rare to see a Vitamin B5 deficiency in otherwise healthy people because it’s plentiful in many different foods that are readily available to nearly everyone. However, if someone is suffering severe malnutrition — whether because they’re not eating enough food, or another condition is causing malabsorption of nutrients — they can experience a lack of pantothenic acid. Likewise, individuals with a rare, specific gene mutation (a condition called pantothenate kinase-associated neurodegeneration 2 mutation) are also at risk of a deficiency. Symptoms include numbness or burning in the extremities, headache, irritability, restlessness, insomnia, and a lack of appetite.

While Vitamin B5 is available in trace amounts in many different foods, the highest concentrations can be found in avocados, sunflower seeds, chicken, tuna, and fortified breakfast cereals.

Vitamin B6 is an integral part of over 100 different enzyme reactions throughout the body. Most notably, it contributes to the breakdown of carbohydrates and fats, and proteins, contributes to brain development, and facilitates immune function.

Without enough B6 in your system, you’ll probably struggle with a weakened immune system, leaving you susceptible to infection. You may also notice scaling on the lips, a swollen tongue, and cracks at the corner of your mouth. Over time, anemia can develop, as well as mental symptoms such as confusion and depression.

You can take in sufficient vitamin B6 by eating tuna, salmon, poultry, potatoes, chickpeas, or fortified grains.

Biotin is a somewhat misunderstood vitamin. The first thing many people think of (if they’re familiar with it at all) is the fact that biotin is added to many supplements touting its benefits for the hair, skin, and nails. In reality, however, clinical studies have shown no marked benefits to the hair, skin, or nails when people supplement with biotin. What scientists do know about biotin is its vital role in breaking down macronutrients (carbs, fat, and protein) from food so the body can use them, cell communication, and the regulation of DNA.

It may sound counterintuitive based on what clinical studies have shown, but if your body isn’t getting enough Vitamin B7, the most common symptoms include thinning hair and brittle nails. You may also develop a scaly rash around the eyes, nose, and mouth, along with fatigue and depression. A few specific conditions put you at a higher-than-average risk of biotin deficiency:

So, while it may not help their nails and hair, biotin is a vital component of the prenatal vitamins prescribed to pregnant women.

Vitamin B9, better known as folate, is instrumental in the metabolism of other vitamins. It also plays a role in healthy cell division and DNA replication. Those vital responsibilities are behind the long-standing Centers for Disease Control (CDC) recommendation that pregnant women take a folate supplement during pregnancy. Doing so has been proven to lower the risk of certain birth defects.

Beyond the serious risk of brain and spinal cord fetal defects if a pregnant woman doesn’t get enough of this vitamin, other symptoms of a folate deficiency include weakness, irritability, headache, and heart palpitations. Some people may develop tongue or mouth sores or experience changes in the texture of their skin, hair, and nails.

While Vitamin B9 appears naturally in a number of foods, a synthetic version called folic acid is more prevalent in most Americans’ diets as it’s added to enriched grains and cereal products by order of the FDA. This was introduced because it’s nearly impossible for pregnant women to consume enough folate through food alone, and a deficiency can cause problems for the fetus even before the woman knows that she’s pregnant, so supplementation won’t necessarily have begun. To get folate naturally, eat plenty of dark green leafy vegetables, avocado, beans, nuts, eggs, and papaya. And, once again, beef liver is a fantastic source.

Vitamin B12, like most of the B vitamins, is vital to metabolizing the food you eat, specifically fats and carbohydrates. It also plays an important role in creating new red blood cells, synthesizing DNA, and facilitating neurological functions.

If you don’t get enough vitamin B12, you’ll probably deal with weakness and fatigue, blurred vision, impaired balance, constipation, loss of appetite, and unexplained weight loss. This can progress to mood swings, impaired judgment, memory problems and depression.

Vitamin B12 is readily available in animal products like liver, fish, shellfish, and dairy. However, it’s not naturally occurring in plants. So, vegans will need to rely on fortified cereals, nutritional yeast, and vitamin supplementation.

So, do you think you may be struggling with a Vitamin B deficiency? As always, the best course of action to ensure healthy nutrition is to eat a balanced diet that includes a variety of nuts, seeds, fruits, and vegetables. Cut down on heavily processed foods which contain plenty of calories, but which have often had vital nutrients stripped out during processing.

And, there’s also nothing wrong with supplementing your diet responsibly to make sure you’re getting what you need. Be sure to talk with your doctor before starting a supplement regimen, as there is such a thing as too much of a good thing. But, when combined with a healthy diet, supplements can help ensure you never have to deal with any of the vitamin deficiencies we’ve discussed in these two articles.