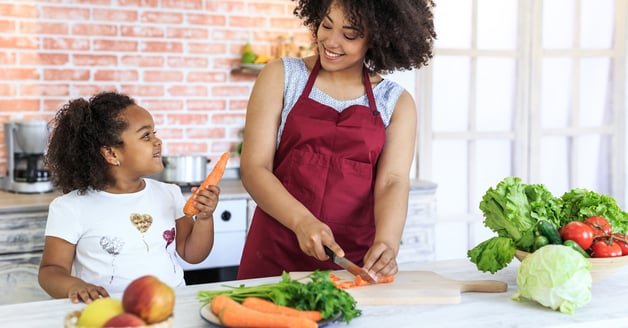 Obesity has long been described as an epidemic in the United States, and for good reason. Obesity has been directly linked to increased risk of diabetes, heart disease, and stroke, all of which rank among the top 10 causes of death nationwide. Additionally, being overweight is an independent risk factor for other dangerous conditions such as sleep apnea, certain cancers, and arthritis.

The latest CDC statistics (as of 2016) show that 39.6 percent of adult Americans and approximately 20 percent of children are obese, with initial symptoms showing up as early as two years old in some cases. These numbers have been consistently on the rise for many years now, so it’s not surprising to find that overweight children often grow up to be overweight adults, and that their own children will likely struggle with obesity as well.

The most heartbreaking fact about obesity may also be the most hopeful: for the overwhelming majority of sufferers, obesity is completely reversible and/or avoidable. But, that doesn’t mean overcoming obesity is easy.

It comes down to calories

Our bodies evolved to function remarkably well for a long time on very few calories. As hunter/gatherers, our ancestors often needed to travel long distances, work hard, and think clearly in order to obtain food. One of the key evolutionary tools that allowed them to do so was fat storage. By being able to consume and store excess energy while it was available, humans could survive long stretches of time without enough calories from food.

Today, however, nearly all Americans are faced with access to far more food than we need at any given moment. Even those who are struggling to purchase an adequate amount of food to meet the nutritional needs of their families are often consuming more calories than they need because the least expensive foods are often calorie-dense, but nutritionally sparse. That means it’s possible to be both overweight and malnourished at the same time.

Combining these facts with the increasingly sedentary nature of our culture — meaning we’re burning fewer calories than our ancestors, too — it’s not surprising that obesity has become a significant problem.

Why childhood obesity is such a big problem

Erica Kenney, a researcher at the Harvard T.H. Chan School of Public Health, describes the complexity of the childhood obesity problem this way: “There are so many pieces to this, so many factors that are cultural, environmental, political and systemic. You target one or two pieces of it and then 10 more take its place. Obviously, everyone wants healthier kids. But no one has yet come up with the best strategy to make that happen.”

At its core, obesity springs from consuming more calories than our bodies can use. The excess energy is converted to fat and stored. So, some are tempted to just point their fingers at the overweight kid and say, “quit eating so much and go out and play” and leave it at that. But, there’s a lot more than that going on.

She goes on to outline just a few of the factors that are in play as a child begins putting on weight: “genetics, the ubiquity of fast food, the broadly accepted value of sugar as a ‘reward,’ parental eating habits, metabolism changes, sleep problems, childhood trauma, race, neighborhood design and safety, mental health concerns, chronic health conditions, economic disparity, school nutrition policies, stigma and bullying, social and cultural cues that determine food choices, and legislation at the federal, state and local levels.”

While some of those factors are within the child’s or parents’ control, many are not. So, battling this epidemic becomes more about changing an entire lifestyle and even the way the individual views the world.

How to effectively battle childhood obesity at home

The following tips aren’t revolutionary, and you’ve definitely heard them before. But, rather than skimming through the ‘same old story,’ give some deep thought to how you may be able to apply even one suggestion to your own life or the lives of children you care about. As the numbers continue to increase, it becomes more likely every day that someone you know and love is battling childhood obesity.

Support a new view of food

Generally speaking, children have very little control over what food they eat. It’s usually a parent or caregiver who goes grocery shopping, cooks the meals, and packs the lunches. If the child eats lunch at school, the menu choices are usually fairly limited.

So, if you’re responsible for the food a child eats, start there:

It’s important to make these changes slowly. If your child is used to snacking on potato chips and cookies, an immediate switch to raw celery and radishes may not go over well. It’s going to feel restrictive and unpleasant and you’ll probably run into some resistance.

Rather than forcing them into a restrictive diet, work with them over time to help adjust their entire attitude toward food:

It’s far more important for the majority of their diet to be healthy than to completely eliminate any “bad” foods from their life.

There are dozens of reasons for your child to stay inside and stare at a screen and regrettably few reasons to go outside and play. Our culture has been leaning in this direction for decades, and it’s only going to get worse without concerted effort.

Often, though, all a kid needs to get up and engaged in some sort of physical activity is a little encouragement and some company. So, if your kids aren’t naturally prone to staying active, try making it more attractive:

As with nutrition changes, if you want these activity level changes to stick and to not have to twist your kid’s arm to cooperate, it’s best to take it slowly. Start with just one outing and keep it relaxed. On the way home, ask if they had fun, then ask what they want to do next time. Add on more activities as they start to enjoy themselves more. And, importantly, don’t make exercise feel like a chore or a punishment. For instance, if you require that the phone be left home while they go outside to play for an hour, there’s a good chance they’re just going to resent you and the outdoors for that entire hour.

As they get older, you can also encourage any interest they may have in school sports, active hobbies, or general fitness by making those opportunities available to them as much as possible.

Set the right example yourself

You knew this one was coming, and you’re probably tempted to skip this section as a result.

Yes, there are dozens of legitimate reasons why you aren’t necessarily setting the best example for your kids when it comes to your attitude toward food and exercise. Your parents set a poor example for you, you’re too busy, you’re exhausted, your knees hurt… they’re all true, but they’re all excuses nonetheless.

Your kids deserve better than excuses.

The diet and exercise tips listed above are all based on the assumption that you want what’s best for your kids and you’re willing to put the needed time and effort into helping them gain control of their weight and, by extension, their overall health.

If you’re willing to go that far, it really doesn’t take a lot more to do the same thing for yourself:

You won’t just be setting the right example and helping your kids, you’ll be improving your own health too, meaning you’ll be more likely to stick around longer to enjoy your children even longer.