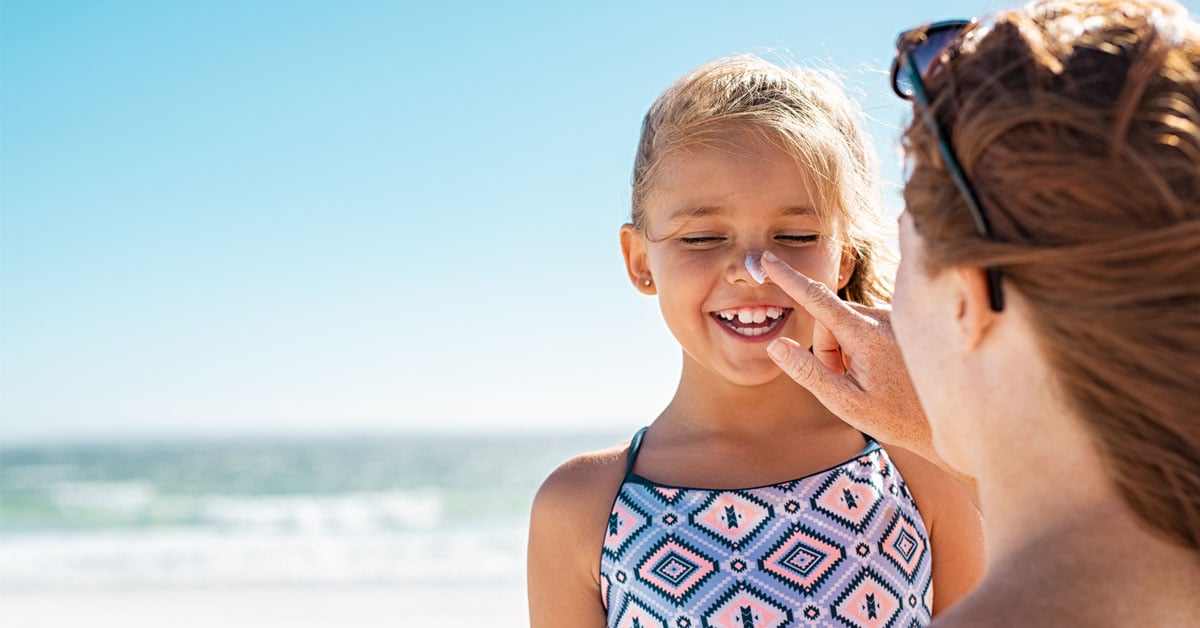 Summer is here, which means it’s time for some fun in the sun! And there is no better feeling than the warm rays of the sun on our bodies as we relax with a good book or enjoy a barbecue with friends and family.

But it is important to remember that even though the sun feels good, it is also a blazing star that can reach 27 million degrees Fahrenheit. When left unprotected, our bodies are exposed to damage left by the sun’s powerful ultraviolet (UV) rays, which are the leading cause of skin cancer.

We’re not trying to bring down your summer vibe, but skin cancer is the most common form of cancer in the United States and it will affect 1 in 5 Americans in their lifetime. But it is also the most preventable—in fact if caught early, the five-year survival rate is 99%, according to the Skin Cancer Foundation.

So, arm yourself with the power of knowledge (and lots of sunscreen) as we break down what you need to know about taking care of your skin this summer!

Skin cancer: what it is and what to look for

Though skin cancer can manifest in many ways, there are three types that are the most common:

All this may sound terrifying but notice all three cancers have one key thing in common: the power of early detection. And unlike other forms of cancer, we can actually see the development of skin cancer. Our eyes are crucial tools in detection and prevention, so it is important to know what to look for:

The Big See, a national skin cancer awareness campaign, offers a detailed step-by-step guide for performing a self-exam. Head on over to get started and if you do notice anything out of the ordinary, make an appointment with a dermatologist.

Okay, skin cancer is no joke. How can I stay safe?

As mentioned several times thus far, skin cancer is one of the easiest forms of cancer to prevent. Here are some simple ways you can take care of your skin so you can still have fun in the sun:

Bust out the sunscreen

This might seem obvious, but you’d be surprised how many people skip this step! Rather than bog you down with a lengthy explanation of sunscreen application, we’ll share a list of the five W’s (and an H!) of sunscreen from the Skin Cancer Foundation. After all, who doesn’t love a good list?

Seriously, don’t skimp on sunscreen. It is widely available and comes in many easy-to-apply varieties.

Stay in the shade

Seek shade whenever you can, especially during the peak sun hours of 10 a.m.- 4 p.m. Though it’s not a substitute for any other preventative measures, having it made in the shade can help shield you from UV rays. So try relaxing under a tree, walking on the shady side of the street and sitting under an awning or umbrella.

Dress for the occasion

We know, we know…summer and long-sleeved clothing don’t mix. But hear us out! Clothing is a great barrier against the sun and doesn’t fade over time like sunscreen. Look for breathable fabrics that offer UPF (ultraviolet protection factor) by checking the label—you’ll see a number that indicates what fraction of the sun can penetrate the fabric. For instance, a shirt labeled UPF 50 means only 1/50th of UV radiation can reach your skin. Just make sure to apply sunscreen to the areas still exposed!

Now, a word on tanning beds…

At some point, tanned skin became a desired physical trait for both men and women. As a result, tanning salons have popped up across the country, promising sun-kissed skin within minutes.  Take our word for it—please do not use a tanning bed…ever. Going to the tanning booth, even just one time, raises the risk of skin cancer, including melanoma. In fact, using a tanning booth before the age of 35 increases your risk of melanoma by 75 percent. Those are staggering numbers and it is no wonder many states restrict the use of tanning beds for minors.

The bottom line: Skin cancer is one of the most preventable forms of cancer if detected early. Sunscreen is a must and make sure it is at least SPF 15. The shade can be your friend, especially during peak hours. Look for clothing with UPF ratings. Just say no to tanning beds...seriously.